The Varied Journey to Success

Imagine opening the door to your car, easing into the driver’s seat as you have millions of times before, adjusting the rearview mirror a few degrees, fastening your seatbelt, and just driving with no destination or even a pathway in mind. For many of us, it sounds preposterous—or at the very least, a waste of gas. As humans, we cannot imagine this. We cannot imagine not having a plan in place because we need purpose.

For most, the purpose is a career that brings some sort of fulfillment, one that satisfies an insatiable interest. Yet the roads that lead to the Disney World of a successful life are seldom straight. Some students may take the expressway straight to college, others may take a detour, a few may take a few rest stops on the way. As supporters of our students, we have to unlearn the notion that there is only one way to reach a destination because sometimes interest, or purpose alone, is enough to keep the car going.

Students must know who they are and what they want before deciding what path works best for them.

For example, both David and Krista ended up working as engineers at the tech monolith Google but arrived at the highly coveted company in very different ways.

David was a college dropout who was taking classes at Purdue Calumet, a satellite campus for Purdue University. His GPA was very low and he was not able to get into a selective school for undergrad. While still in school, he started working for a small contracting company in Indiana. In order to continue creating the game he was designing on the side, he asked the company to not only give him time off, but fund the game he was making. To his surprise, the company said yes! A few weeks later, a larger gaming company sent him a cease and desist as they were making a similar game. David suggested a deal, “I’ll stop — if you hire me to work on [your game] instead.” He, then, worked as a game developer and acquired as many professional mentors as he could. In his spare time, he learned the basic programming languages and built his portfolio. After some time, he applied for Google and received a request for an interview. After impressing the team on the multiple tasks he was asked to perform, David got the job as an engineer at Google. David ended by saying he would never set foot in a college again. 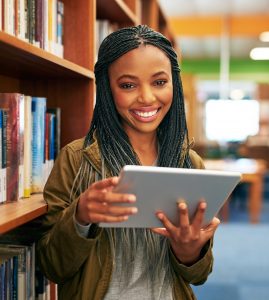 Conversely, Krista graduated from Florida International University with a B.S. in statistics and economics. During her time in school she attended hackathons, joined a computing club, and completed a programming internship with an investment company. She notes that much of her classwork and professors helped prepare her for her engineering position at Google.

Krista’s route is the beaten path; it is what most high school students expect and what is expected of them. But David foraged his own path and was able to work for one of the most respected tech companies in the business without a degree. When the day ends, both students’ paths granted them access to a high-paying job at an impressive company. In this way, their paths melt away and their destinations meld into one.

Google falls in line with many other companies offering alternative pathways to attaining a good job with great pay. According to PayScale, Apple, IBM, and Bank of America do nor require higher ranked employees to have a degree. In a similar vein, Amazon recently launched an Upskilling 2025 initiative that offers training programs to “upskill” employees into “corporate offices, tech hubs, fulfillment centers, retail stores, transportation networks” to help promising employees transition into highly skilled roles within or outside of Amazon.

As time goes on, it is likely that many other companies will offer alternatives to fill employment gaps. After all, the chasm between the number of tech jobs and the lack of qualified candidates continues to grow. This opens new lanes of opportunities for students to fast track their career based on what they know they are interested in while still accepting traditional opportunities for students who want security.

However, the tech industry is just one example of times in which the journey may not always be cut and dry for students. When the country is under national distress, students often change or alter their path to fit uncertain economic, political, or cultural times. For instance, after the September 11 attacks, students knew they still wanted to attend college. In fact, the number of students attending college in 2001 did not decrease. However, students’ preferences changed. 51% of higher education institutions saw an uptick in enrolled students from their local area. Schools also witnessed an increased interest in international studies, forensics, and criminal justice as students’ lives were impacted by the attacks (according to Voices of America’s 9-11 Attacks Impact on Colleges). 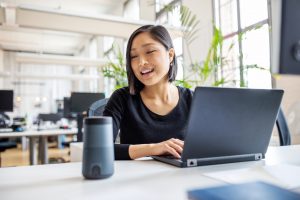 History is likely to repeat itself as college-bound students prepare for the economic and socio-cultural changes COVID-19 will bring. According to NBC, 70% of students will attend a college within three hours of their home. An overwhelming 99% said that financial aid would be necessary to pay for college. Another NBC article states that potential students are likely to choose community college in place of a traditional university due to cost and location. And even though this path is taken by 40% of the U.S. population, many people still view the road as a little too bumpy and inferior to the grand highways of traditional four-year universities. However, any person can succeed if they have their plan and vision in place.

In fact, the New York Times published an article in which a team of analysts examine the data for community colleges. They stated that most community colleges get a bad reputation from the information out there. However, they find that most of the information is not contextualized. For example, most people believe that community college has low graduation rates. However, when they take into consideration that many younger students transfer to a four-year institution and graduate from there, the numbers improve. They stated:

It is proven time and time again. Students seldom take the same path and yet can still manage to be successful. One of the best ways to achieve success is to know oneself and one’s interests. It acts as an internal navigation system. However, students do not have to operate on sheer gut instinct alone. There are tools to help orient their abilities and keep them on the best path for success. The VitaNavis’ academic and career platform can help students learn more about themselves and routes they can take to their own version of Disney World.

There is no such thing as the “right” or “perfect” path. The world is changing rapidly, which means students learn to adapt and accept detours. So much we. We must acknowledge the multifarious pathways to success. After all, we are complex, varied individuals. Shouldn’t our routes match that? With a full understanding of their path and a little guidance, students will undoubtedly find the life they choose to lead.

The Varied Journey to Success