To Shrink or Swell?

VitaNavis Blog > All Blogs > Higher Education > To Shrink or Swell?

As coronavirus continues to change the fate of Fall 2020, schools begin to make plans for their inevitable opening. However, schools must now take into consideration a new dynamic: social distancing. They must somehow strike the balance between being socially distant and staying safe with classroom sizes and economics. If schools strictly follow six feet apart rules, there will inevitably be fewer students per classroom than ever before. Gone are the days of cramped classrooms with 25-35 students occupying space with their teachers or large lecture-style classrooms where the professor speaks to a sea of students. While smaller class sizes might be less convenient for schools, they are undoubtedly better for students, right?

According to Much Ado about Class Size, an Inside Higher Ed report, smaller classrooms sizes do not necessarily predicate student success. The report cites a study that debunks the widely accepted and perpetuated notion that smaller classes are better for student outcomes. The results are especially untrue, therefore stagnant, for underrepresented groups in the United States. For example, underrepresented minorities and female college students were “unfazed” by an increase in STEM classroom sizes. Meanwhile, their white and Pacific Islander counterparts perform better in a smaller class size.

The report goes on to say that smaller class sizes do not  “incentivize faculty necessarily to use more engaging, evidence-based pedagogies.” In other words, just because class sizes are small does not mean that teachers will incorporate more hands-on material to help them learn, much less be effective teachers. If that is the case, classroom reductions may not be the panacea education reformers were looking for.

According to the report Class Sizes, What Research Says and What it Means for State Policy by Brooking, “Despite there being a large literature on class-size effects on academic achievement, only a few studies are of high enough quality and sufficiently relevant to be given credence as a basis for legislative action.” They also note that classroom size reduction is the least efficient use of educational dollars. However, this isn’t to say that we should disregard the notion of smaller classroom sizes altogether. Instead, the article suggests, “The costs and benefits of class-size mandates need to be carefully weighed against all of the alternatives when difficult decisions must be made.” 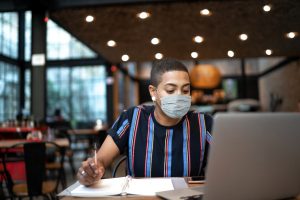 The report does, however, note significant improvement on student achievement when class sizes are reduced in elementary school. According to a policy brief released by the NEA Education Policy and Practice Department, a study showed that classrooms with 13-17 students performed better and were a month ahead of schedule than classes with 22-25 students. The study also found significant gains in Black students.

The article begins to depart from Brooking and Higher Ed when it notes that students from low-income backgrounds placed in smaller classrooms were more likely to graduate high school and perform well on the ACT. The effect reduced the gap between white and Black students by a whopping 60%. NEA posits that smaller class sizes lead to earlier detection for learning disabilities and more positive engagement and interaction within the classroom.

The brief does, however, note the upfront costs associated with lowering class sizes. But they argue this money would quickly be recovered by the number of students they retain as a result of smaller class sizes. They note that there are about 700,000 dropouts a year. If the number were reduced by half, the government would save nearly $45 billion dollars. They also mention the return on investment as these students are more likely to be productive members of society and contribute to the local economy.

In an article by the Goldman School of Public Policy at the University of California Berkeley points to a suggestion by public policy economist, Eric A. Hanushek, that does not require as much upfront capital. He argues that it is better to focus on teacher quality than classroom size. Hanushek states that the effects of a costly classroom reduction yield inconsequential results. Hanushek believes that money could be better spent if we look toward the head of the classroom instead of counting heads.

The answer to the question is quite honestly, complex. Each state, district, and school population has distinct, particular needs. There may not be a catch-all right answer. Even different researchers have different approaches to improving the overall quality of the classroom. However, there is growing evidence that suggests money may be better spent elsewhere than costly classroom reductions. But only time and a very experimental fall 2020 semester will tell.

To Shrink or Swell?